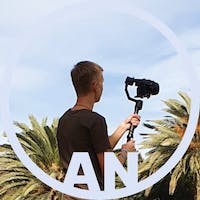 Subscribe to my newsletter and never miss my upcoming articles

A few weeks ago I launched my latest project, myFrontpage. Makerlog, a task management platform for indie makers, reached out to me and asked me a few questions regarding the launch. They published a short Twitter thread about it. Now I'm publishing the full interview here:

What are you building?

I'm currently building myFrontpage, a web-based tool which allows you to create customized New-Tab pages for your browser.

What motivated you to start building it?

I never really liked my browser's default New-Tab page. I can't customize it at all, there is no way to show the current time or whatsoever. That's why I had the idea to built something to fix this. I had the initial idea for myFrontpage in late 2018. Back then I bought the domain name and built a hard-coded New-Tab page for my browser specifically. I focused on other projects afterwards until June 2020. I looked through my domains and discovered myFront.page again! I was still unhappy with my current New-Tab page, so I decided to work on it again!

For this project, I went with the tech stack I currently feel most comfortable with: Good old vanilla PHP and mySQL on the backend and plain HTML, jQuery, water.css and custom CSS on the frontend. For the landing-page I used Bootstrap.

When I started to built the current version of myFrontpage in June, I set myself the goal to log every progress I made on Makerlog and tweet about it in a massive Thread. It worked pretty well and helped me stay focused and keep track of my tasks!

Incredibly awesome! It went beyond all my expectations! Ryan Hoover, the founder of ProductHunt even tweeted about it, nearly three hundred pages were created, over 150 people signed up and I got a ton of new followers on Twitter! And that was only one single day! Crazy 🤯 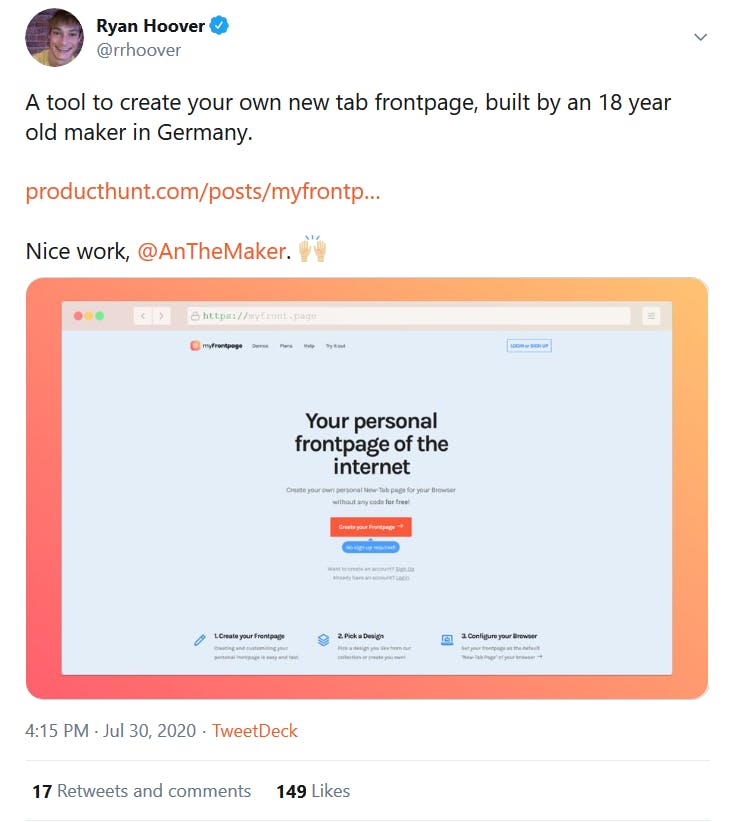 Update: The day is over and myFrontpage scored #5 Product of the Day on ProductHunt and I got a ton of great feedback! Awesome!!

What are your launch day marketing tips? 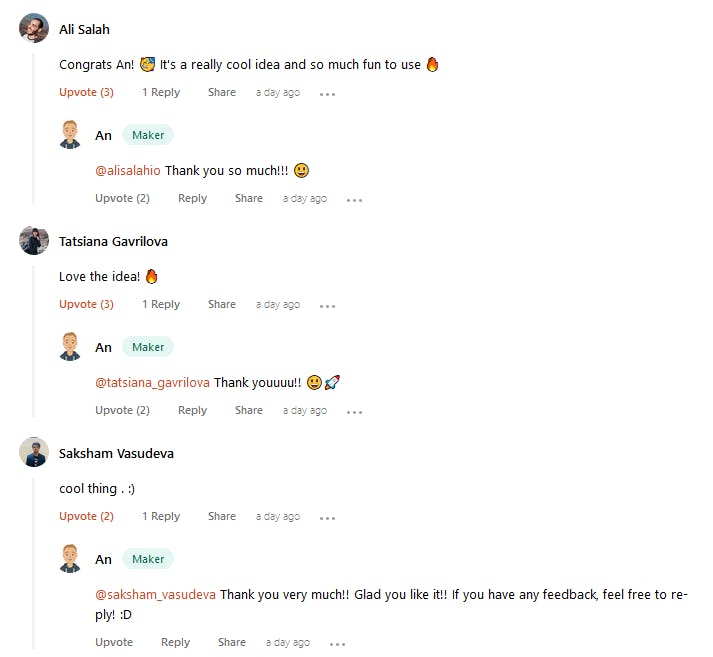 Thank you for reading this interview and thank you Sergio (Maker of Makerlog) for interviewing me! You can try out myFrontpage for free by visiting myfront.page!